Hi there,
I am Mit, the product owner of system and UML modeling tool Astah.

This time, I would like to write how to check the differences of Astah files in Git repository just by specifying the commit hash.

You have various artifacts through projects such as planning, development, operation, maintenance and project management. I am sure Astah files are also included in it. I think that it is good to use a specialized tool such as Sourcetree in order to handle basic operations on repositories. The problem is how to see the differences between revisions.

Astah provides comparison function of project function. Do you know it can run from the command line? That is “astah-command” command. It is deployed in the installation folder. As shown below, if you specify the two files to be compared with the -diff option and execute it, a screen will be shown to confirm the differences of models and diagrams.

The following is an example of execution.

I’ll give you one more tip.
That is how to see the difference between the file being edited and the revision before editing with Sourcetree.

In the options of Sourcetree, set the path to astah-command (.bat instead of .exe on Windows, astah-command.sh on Mac)  at Diff Command, “-diff $LOCAL $REMOTE” at Arguments. 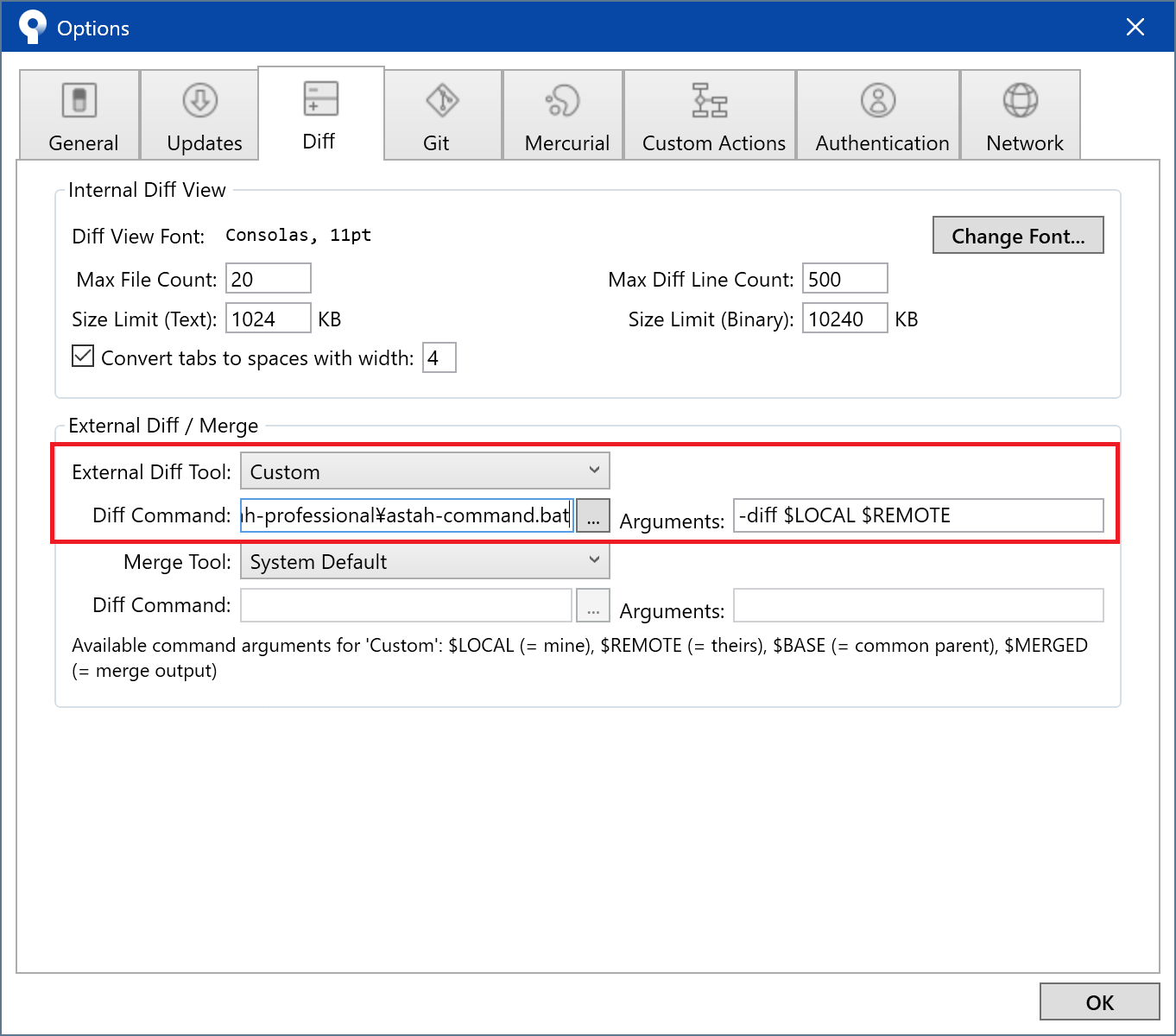 You can see the compare project screen by selecting “External Diff” in the pop-up menu with Sourcetree.

I hope these tips help you.